It took [checks watch] oh, just about ten months to write Chapter I of Above the Circle of the Earth (ACE). That’s about nine months longer than I wanted, but, like I mentioned in my last post, it seems like 2020 dried up most of my “creative juices” (ew). Now though, after a frenzied spate of almost incessant typing, I’ve got about 8,500 words I call Chapter I. Of Half-Remembered History. (That title might change, but that’s what it is right now!)

I see bits and pieces falling into place, and I’m growing my “outline” (which isn’t really an outline so much as a loose collection of concepts): Chapters II through XX should fall into place without a hitch, right? When consolidating ideas, I love learning how to acknowledge various “lanterns” that I hung in prior chapters (or entire books). Sometimes, the results still surprise me.

In order to complete Chapter I, I referred back to books I and II quite frequently: had to make sure I remembered things correctly! As I read various passages, I realized something: this is a pretty cool story! Maybe I shouldn’t say that out loud? Too late! I really wish I knew how to convince others to give it a try, but generally speaking, self-promotion just ain’t my thing.

Anyway, just because, here’s another brief chunk from Between the Lion & the Wolf:

“Kalas, do you trust the Creator?” she demanded.

“Because he’s repurposed that which he’s allowed you to enjoy? Because he’s permitted this tragedy? Because things stopped going your way?”

“Nanësra, things stopped going my way when a devil-wolf buried a knife between my father’s eyes! When another ripped the life from my mother! When others wrecked my town!”

“We roam the detritus of a broken world, Kalas: instrument of prophecy or not, why should you receive exemption from its thorns and thistles?”

Excerpted from Between the Lion & the Wolf, Chapter XVI.3.

All right, just because I finished Chapter I doesn’t mean I should rest easy! I know where Kalas & co. need to go next, but it’s a mystery knowing how they’ll get there!

2020 did remind me about something: I love getting outdoors! Whether it’s fishing, camping, hiking, or all three at the same time, I intend to do more of that throughout 2021. I can’t remember if I said anything about it in a prior post, but some friends and I spent a weekend in Great Smokey Mountains National Park. (One of those friends is an avid—and accomplished—photographer.) Three nights in a hammock, about eighteen miles of trails (and twice as many stream crossings—most barefoot!), and herds of rutting elk surprisingly disinterested in people. Maybe I won’t get back to Cataloochee for a while, but I will get outside. Somewhere. And soon. 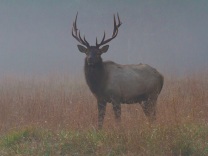 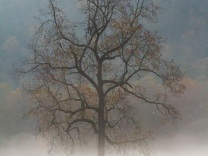 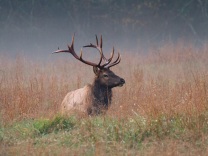 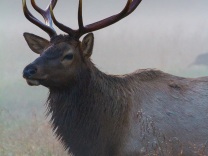 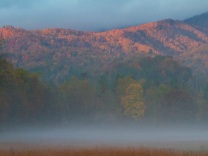 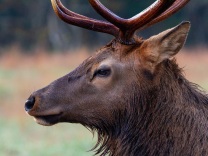 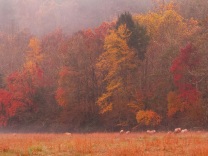 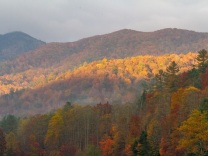 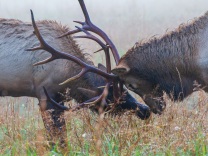 One thought on “Chapter I is done!”