I switched themes (and customized the heck out of its CSS!). I went through several older posts too, making sure I propagated changes through them as well. (I’m sure I missed some.) All of this in preparation for making the revised version of Beneath the Vault of Stars (BVS) and the brand-spanking-new Between the Lion & the Wolf (BLW) available through Ingram Spark.

My editor is half-way through BLW, but because I’m impatient, I already typeset what I have. Hopefully, whatever edits he makes won’t require drastic changes to the layout! (If they do, well, that’s on me…)

I also restructured the ebook version of BVS, but it’ll be a while before that shows up anywhere. I think. I’m still (slowly) learning how all this stuff works.

That reminds me: I pulled BVS from Amazon, but once I sort things out with Ingram Spark, I’m pretty sure it’ll magically reappear! 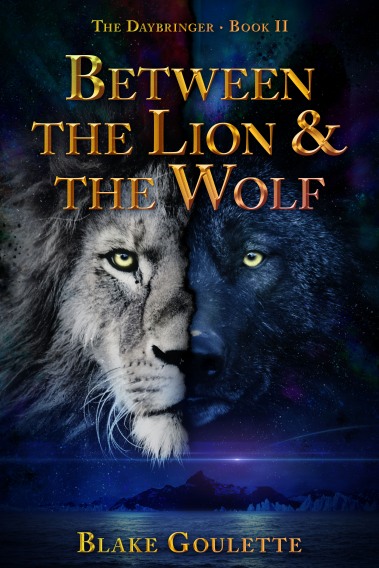 The cover for BVS retains most of the elements from the “old” cover, but I felt it needed a more prominent subject. (Special thanks to a co-worker and his daughter for graciously letting me interrupt their lives for an afternoon to get the right shot!) BLW’s cover follows the same aesthetic, and now I have direction for the cover for Book III, too.

How do these changes affect Book III?

I’ve been so busy incorporating text changes and typesetting considerations into BLW, as well as formatting the ebook version, that I haven’t touched my files for Book III—Above the Circle of the Earth (ACE)—since my last post. Wait: maybe that’s not true, but if it isn’t, it’s because I might have decided to gut the first few hundred words and start over. I haven’t decided yet. I need to update my “outline” file for ACE and make sure I tie up all the “untethered threads” (a.k.a, “loose ends”) before the story ends!

With all these changes either underway or out of the way, it’s time to get back to work on ACE and complete this trilogy. It’s been a (mostly) fun ride so far, and I hope the last leg will be just as exciting.

One thought on “I’m making some changes”