2020’s been rough on a lot of people, myself included, but I’m kinda sorta back at work on Above the Circle of the Earth (ACE). After literal months of not touching the files, the other night, I finally opened it up and started typing. So far, there’s about 1400 words I haven’t deleted. In my book (ha!), that counts as starting.

I’m glad I’ve got a copies of Beneath the Vault of Stars (BVS) and Between the Lion & the Wolf (BLW) on my desk. Already I’ve had to double-check some things to make sure I’m consistent, picking up at the right times and places and contexts. After BVS, I jumped immediately into writing BLW. Probably within the same month. Not so for ACE. I tried to (I think I’ve mentioned that before), but I didn’t like what I started with, so I gutted it and closed the file for a while.

I like these 1400 words better. I’d post a few paragraphs, but I’m afraid it would give away too much. Ah, what the heck. Here’s part of a brief exchange:

“In a way, I suspect Loradan’s…wrath did ‘do something’ to the fabric of the light-realm: what, specifically, I have no idea, but it does seem like its effects have changed the physics of the singularities harnessed by the ekume. Like Peradan. You know, I’ll bet he’s not wholly aware of the new subtleties Loradan introduced: I’ll bet that’s why the singularities he sought to trap you in failed. That’s conjecture: not necessarily the truth. Why, the Creator himself might have intervened—he does that from time to time, you know.”

Excerpted from Chapter I.1, Above the Circle of the Earth.

I don’t have any photos to post today. Not even a tricked-out “featured image” for the post title. (Edit: I’m just using a regular ol’ photo.) But it’s been too long, and just in case anyone hasn’t given up on reading this blog (or whatever it is), I figured I owed you a post.

We did go to Maine

All right, I guess I’ll post a few photos. Because COVID-19 is awesome and totally didn’t mess with any schedules, we headed to Maine a few weeks earlier than usual this year. I didn’t take too many photos though. My brother’s building a house (I helped! [Sorta.]) Dad built a “she-shed” for Mom. I helped with that, too, moving dirt and making a pair of planter boxes. The dogs are doing fine. So’s the cat, who’s gotta be pushing twenty, twenty-one in people years. Anyway, let me see what I’ve got… 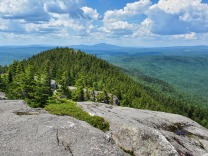 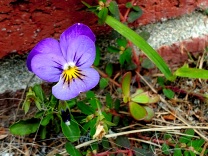 I hope to at least maintain this newly discovered momentum for the brief remainder of 2020. And build on it by the time 2021 rolls around. I guess we’ll see what happens next. Thanks for reading!

One thought on “I’m kinda sorta back.”